Home » Vitamin B »
Vitamin B

Brain Protection from New Form of Vitamin B12

Two active forms of vitamin B12 offer support to the aging brain. Preclinical data shows one of the forms protects dopamine levels.

But there are more dangerous effects.

Low vitamin B12 levels have been associated with progressive brain atrophy (shrinkage).

One study found an astounding 517% greater rate of brain volume loss in people with lower vitamin B12 than those with higher B12 levels.1,2

Even B12 levels in the “low normal” range are associated with cognitive impairment.3

Many people already take methylcobalamin, one of two bioactive forms of vitamin B12, in their multivitamin.

But the other active B12 form—adenosylcobalamin—has unique properties that methylcobalamin does not.

New in-vitro research shows that adenosylcobalamin can protect neurons and prevent a decline in levels of the critical neurotransmitter, dopamine.4

A combination of both active forms of vitamin B12 offers protection for aging brain cells.

Activated Forms of Vitamin B12 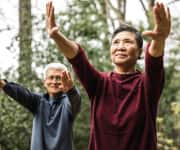 Vitamin B12 is essential for nerve function, cell metabolism, the formation of red blood cells, and DNA health.5-7

Vitamin B12 is found in animal sources, including meat, fish, poultry, eggs, and dairy products. Because of this, vegans and some vegetarians are at higher than average risk of developing vitamin B12 deficiency.8

B12 becomes more difficult to absorb as we age.This is one reason older people often have lower levels in the body.9,10

Vitamin B12 exists in various forms called cobalamins. The two active forms of cobalamins used by enzymes in the body are:11

Adenosylcobalamin is the most prevalent form of vitamin B12 in human tissues, making up as much as 70% of all forms of this vitamin in the body.11 But it is missing from most B12 formulas and multivitamins.

The B12 Link to Neurodegeneration

Up to one million Americans suffer from Parkinson’s disease, a degenerative disease of the central nervous system. Roughly 60,000 new cases are diagnosed each year. The risk increases after age 50, but about 4% of patients are diagnosed before then.12,13

Mitochondrial dysfunction has been identified as a central feature of Parkinson’s disease.14-16

Since the adenosylcobalamin form of vitamin B12 supports mitochondrial function, scientists reasoned that it might help treat Parkinson’s.

They made some remarkable discoveries. 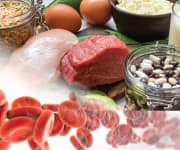 To investigate the therapeutic potential of adenosylcobalamin, scientists performed a series of experiments in in-vitro models, worms, and mice.

They administered this unique form of B12 to the larvae of worms that carried a mutation linked to Parkinson’s disease.4

Worms with this mutation suffer from abnormal movement control. But mutated worms that had been treated with adenosylcobalamin as larvae were able to move normally as adults.4

Worms with the Parkinson’s mutation experience accelerated degeneration of their dopamine-producing neurons.

As a result of this neurodegeneration, less than 60% of these nervous system cells remained in untreated mutated worms after nine days of life. But in mutated worms that had been treated with adenosylcobalamin, close to 75% of these neurons survived after the same period.4

This near 75% neuron survival rate matched the percentage of neurons that survived in worms without the Parkinson’s mutation.

Scientists next studied the specific effect of adenosylcobalamin treatment on dopamine levels in mice with this mutation.

For this experiment, scientist prepared brain slices of these mice and treated them with adenosylcobalamin.

Then, every two minutes for 20 minutes, they stimulated the dopamine-producing neurons.4

At the end of the 20-minute period, the stimulated neurons of the control slices were releasing 20% less dopamine.

But the brain slices treated with adenosylcobalamin exhibited sustained dopamine levels, showing dopamine output equal to that of animals without the mutation.4

Taken together, these findings suggest that adenosylcobalamin could prevent dopamine loss, brain cell depletion, and neurotoxicity.

WHAT YOU NEED TO KNOW

Active Forms of Vitamin B12 Protect the Brain Adenosylcobalamin shouldn’t replace methylcobalamin in a supplementation program. Instead, they should be used together for maximum benefit.

Methylcobalamin is a form of vitamin B12 that is active in the central nervous system, and it is essential to the growth and replication of cells.5-7

Protecting brain cells against neurodegeneration is critical for aging individuals seeking to maintain their cognitive function.

Several studies have connected homocysteine to negative effects on the brain and brain vasculature.17,18 Elevated homocysteine has been associated with as much as a 10.5-fold greater risk of vascular dementia, and to brain shrinkage.1,19-21

Homocysteine has been tied to destructive effects that can accompany aging. These include chronic inflammation, atherosclerotic plaque, shrinkage of brain areas (e.g., hippocampus) involved in memory formation, development of beta-amyloid plaque, and hindrance of the DNA repair needed for brain cell maintenance.21-28

Methylcobalamin lowers homocysteine, which helps protect against these effects.29,30

This new pre-clinical evidence suggests that adding adenosylcobalamin, the other active form of vitamin B12, may provide additional protection for brain cells and help prevent a decline in dopamine levels.

Daily oral dosages of 500 mcg of adenosylcobalamin and 500 mcg of methylcobalamin can help provide broad protection of both body and brain.

Many people already take the methylcobalamin form of B12 based on data showing it is essential for proper DNA synthesis, red blood cell formation, cell growth, and more.

But the adenosylcobalamin form is active in the mitochondria, the powerhouses of the cells.

A preclinical study has shown it has the ability to protect brain neurons and to prevent a decline of the neurotransmitter dopamine in animal models.

Vegans, vegetarians, and the aging often develop vitamin B12 deficiencies. Oral intake of both active forms of vitamin B12 can support brain and body health.

If you have any questions on the scientific content of this article, please call a Life Extension® Wellness Specialist at 1-866-864-3027.

MANY PEOPLE—ESPECIALLY THE ELDERLY—ARE DEFICIENT IN VITAMIN B12 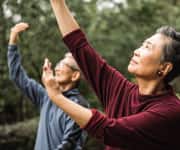 Many people are deficient in vitamin B12, and other B vitamins, for multiple reasons.

For instance, some circumstances either boost the body’s demand for B vitamins or greatly inhibit vitamin B absorption, making supplementation necessary.

Individuals in the following categories have the greatest risk of a vitamin B12 deficiency. For these individuals, the need for a daily supplement can be much more critical.

Many older adults experience a decline in their appetite, reducing their overall dietary intake of all B vitamins. Older individuals may also be unable to absorb naturally occurring vitamin B12. With age, many people develop a loss of certain important functions of the stomach and digestive tract. This includes a decreased production of stomach acid, an intrinsic factor needed to release B12 from foods, and for its absorption in the small intestine.31,32

B vitamins, especially B12, are important for healthy fetal development. In breast-feeding or pregnant women, a deficiency of B12 can result in severe neurological damage or birth defects in the infant or fetus.37,38

People suffering from alcoholism, hypothyroidism, anorexia, celiac disease, or Crohn’s disease have a much greater risk of developing a deficiency in vitamin B12 and other B vitamins.39-43 Weight-loss surgery also increases the risk of a deficiency in B vitamins.44

Because they avoid meat and animal products, vegans and strict vegetarians may be at risk of a vitamin B12 deficiency.45

This deficiency can lead to digestive disturbances, anemia and blood disorders, and fatigue. It can also affect the peripheral nerves. In later stages, it may target the spinal cord.7,17,46

All this can lead to impaired mental function, often manifesting as slower thinking, attention deficits, and memory lapses.17

Any of these factors make daily oral intake of vitamin B12—including both methylcobalamin and adenosylcobalamin—an important component of a comprehensive wellness program.